Security in the emergency room

Emergency departments come in all shapes and sizes.  I recently visited one that treats about 350 patients per day, which comes in around 127,000 per year.  That’s a lot of sick people.  Some departments see more than that.

Other emergency departments where I have worked in my locums journey see fifteen patients a day, which is about 5,000 patients per year.  Some see less that that.

But one thing is certain.  All of them are dangerous.  And I don’t mean because of medical error or malpractice.  They’re dangerous because they are frequently overcrowded and understaffed, to be sure.  But what I’m really talking about is the dangerous people who use them.

In addition to the incredible work done in so many ER’s around the country, in addition to the lives saved the suffering alleviated, many of our patients are suffering from mental illness (some violent), many are seeking drugs (and dangerously angry when denied) and others are simply criminals.  ER patients are sometimes victims of other ER patients.  ER visitors can be as dangerous as the patients, and sometimes claim to be family in order to exact vengeance on the sick and injured.

Many nurses and physicians are assaulted every year in US emergency rooms.  This is a well documented phenomenon, as the following links demonstrate.

And as this Scientific American piece mentions, there’s a startling lack of interest by many administrators.  An expectation that violence goes with the job.  (Read for yourself.)  https://www.scientificamerican.com/article/epidemic-of-violence-against-health-care-workers-plagues-hospitals/

Here’s another from the American College of Emergency Physicians.

(This ACEP information is a good overview but suspect, as it oddly attributes ER violence to citizen concealed carry of firearms; I challenge them to produce anything that supports that assertion. Like most medical organizations ACEP is left-leaning, so no surprise.  The piece also expresses concern about liability if armed officers took their weapons home.  Blah, blah, blah. In the South, most of the cars in the parking lot have firearms…owned by nurses…who take them home quite safely.)

And there’s this blurb from OSHA.

I could add link after link.  You can search for yourself if you’re interested.  This is the sort of thing that endless committees meet over.  Heaven only knows the untold amount of coffee and pastries consumed at meetings where ‘violence working groups,’ etc. discussed the latest assault of a nurse, physician or other hospital worker.  I sat in on some of these once.  Among the more inane comments, when we suggested having armed, off-duty police officers patrol, was this gem from an administrator who never wrestles drunks or tells addicts no:

‘I’m not sure I’m comfortable with them having weapons!’  (To which officers rightly said, ‘then we won’t be there.’

Another:  ‘Why don’t we just have more cameras?’  My retort:  ‘why?  So we can see the murder from more angles?’

Everyone knows this is a problem.  Sometimes, good ideas emerge.  We did, after all, have those off-duty (armed) officers.  Bad behavior dropped significantly when they were present.  But that’s not the case in all too many hospitals.

In fact, I’d say that as dangerous as large hospitals are, given that they’re typically in big urban centers with more drugs, gang activity and free-roaming mentally ill patients, the problem may be worse in small facilities.  Big centers often have their own internal security (which can be quite good), or have a police station co-located.  Further, there are lots and lots of officers patrolling at all hours, and they usually aren’t that far away.  (Not to suggest their work isn’t perilous and difficult by any means.)

The thing is, in smaller departments, in rural areas, the dangers are just as real. I think of my native Appalachia (where, in fact, I still reside but further south).  Heroin, Meth, Oxycontin, Methadone, all this is epidemic.  And often, the little hospital on the hill, or in the valley, waiting to treat the sick and injured, is the place where the addicted go.  Rural areas also lack mental health care.  Where do the mentally ill go when they decompensate?  The ER, which typically has very little in the way of resources…especially at night.  Medicate and transfer, that’s all there is. In the mean time, it can be touch and go, with violent outbursts only seconds away.

But in these places, security is often lacking.  It may be a senior citizen who checks the locks.  It may be a relatively untrained young man who has no real idea how to deescalate a situation, or disarm a violent attacker. It may, thanks to our equality society, by a small women with little physical strength.  I applaud her courage, but she’s putting herself, and the rest of us, in danger in that role.  Especially if she’s unarmed.  (And even if she is armed but is in poor condition or is poorly trained.  All fights, firearms or empty hand, are exhausting affairs that require explosive bursts of energy to survive.)

Yes, we can call the police.  But in large, rural ares, they’re often far away. I worked one facility in rural Kentucky where the only security available was the regional highway patrol, who likely covered either the whole county or several counties alone.  City police?  Home at 1900.

What about giving us a Taser?  Or pepper spray?  Nope, too dangerous.  A common suggestion is that we give the violent patient a sedative.  But that requires wrestling him or her down and using a needle.  Not a safe exercise.  Here’s a fun video to illustrate.  Note the apparently drug addled individual was Tased multiple times, as well as being hit with a baton.  Anybody want their 140 pound daughter, the nurse, to try and give him an injection?

It isn’t that we aren’t willing to take our chances. We work through ice-storms, hurricanes, SARS and Ebola outbreaks, Anthrax scares, disasters and terrorist attacks.  But there’s increasing pressure on America’s emergency departments (and I’m sure, those around the world).  Everything, everyone, that is difficult, sick or dangerous in any way, ends up in the ED.  Which is, to some degree, what we do. But we need the resources to do it safely.

What can be done?  I mean, there are armies of consultants and training courses, video cameras and panic buttons.  But death and injury can come swiftly.  And unless security is present, on site, we’re really rolling the dice; or counting on our guardian angels to keep us from harm.

And God forbid any person in the hospital arm themselves against life-threatening attack!  They’d be fired.  Alive after the event perhaps, but fired most likely.  And maybe criminally charged, depending on the state where it happened.  Better a dead physician or nurse than a wounded or killed ‘customer,’ however dangerous that customer might have been.  At least that’s how it seems.

What should we do?  We who work in locations with poorly controlled entry points, who work at all hours of the day and night?  We who walk into rooms with the victims, and the perpetrators, of violence?  We who are seen as holding all the cards in the world of drug addiction?  We who are out on the ‘frontier’ of medicine, but without so much as a tomahawk?

I’ve thought about this for a long time.  I have engaged in martial arts training for a lot of years in my life.  I’ve studied Tae Kwon Do and Aikido.  I’m in reasonable shape.  But wrestling and fighting the violent and impaired is not going to be easy.  A few moves in a four hour class won’t cut it.  And those who try to do it will probably be injured unless they work as a group and have trained and practiced a lot.

Nobody is going to give us a weapon; in some places they won’t give a security guard.  Physicians and nurses are trusted to give life altering drugs like thrombolytics for stroke and heart attack (clot-busters), trusted to take away the patient’s drive to breath in order to insert a tube and breath for them, trusted to keep them from killing themselves.  But we can’t be trusted to defend ourselves in extremis when no protection is available.

I don’t know the answer to this.  Well, I do.  It’s going to require money and physical security.  But there’s often little money (so much having already been spent on expensive EMRs).  And there’s sometimes no will to increase security staffing or physical plant issues like tightly controlled entry points.

I’ve contemplated my own response.  Run from danger?  I hope not.  Fight?  I hope I can, but I know that I’ll probably get injured.  Call for help, scream, run around in circles?

And for the shooter?  What do I do then?  I’ve thought about having a sling-shot with steel balls in my back pack.  I mean, a steel ball to the head might have some effect.  (Mass shooters tend to stop when confronted.)

Or do I get a bottle of Wasp and Hornet Spray?  You know, the foam variety that’s sticky and noxious?  It sprays 20 feet.  I’ve used it dozens of times around the house.  What if I hosed the attacker’s face with that until we could run?  Or do something else?

So here’s the crazy thing.  It’s 2016.  I have worked in ER’s of many sizes, large and small.  There are resources and security experts, consultants and safety technologies.  And there are ER’s vulnerable all day and night, while policy makers and hand-wringing attorneys work and sleep in relative safety.

And I’m thinking:  ‘hey, maybe a can of hornet spray would help!’

Does anyone else think that’s a little ridiculous?

'You remember that patient?' 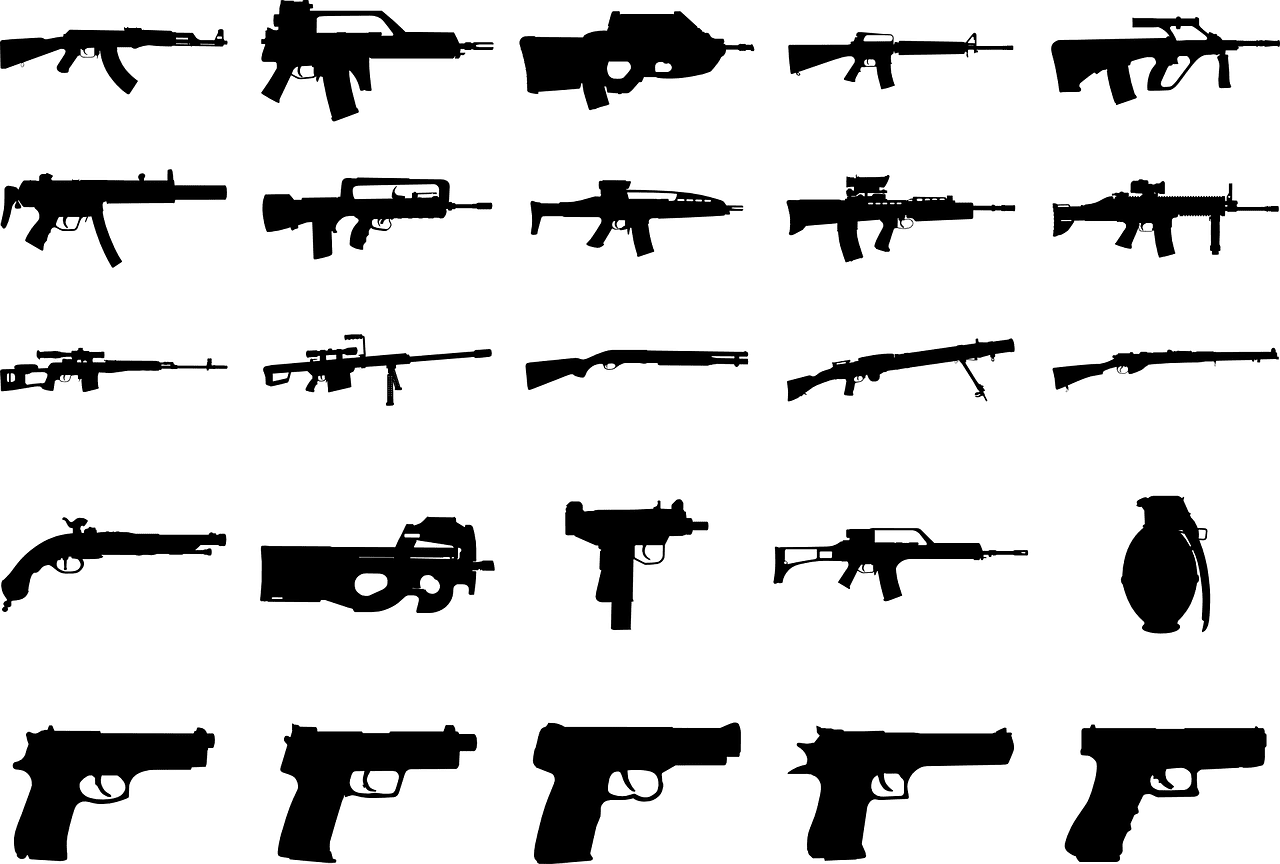 Dr Leap, I believe you eloquently stated what we are all feeling. Unfortunately, I wish I had answers to the question that plagues us all – how to solve this threat. I would like to invite you and any other physician whom might see this post to attend the “Active Shooter” training seminar held by the ACOEP EMS section at the ACOEP Scientific Assembly on November 1 in San Francisco. Details are posted on the ACOEP.org website. We hope to have a very informative training event and hopefully promote the concept of workplace safety for ER/EMS/first responders. K. Loeb, D.O.,… Read more »