Brian and Becky; an Eternity Tale

I’m experimenting with some stories about what life will be like in Heaven.  Here’s one of them.  Comments welcome.

Brian, at last attuned to the situation in which he found himself, began to see with new eyes. They were, quite literally, new eyes. He looked into a splashing fountain as if he were in a dream, and saw that somehow his eyes were brighter, and their colors unknown to him. But the function seemed the same. An iris (perhaps stronger, to shield him from the intensity of light he had never imagined), colored and with a central aperture to allow in the world of things to be seen.

He looked about the new life before him and it was clear that his old eyes could never have been capable. A biologist in his earth life, he reasoned that this must therefore mean that he had new optic nerves, a new brain with a new visual cortex. His mind reeled. His mind? What was his mind? Was he now his mind? Was his mind in the Christ whose throne blazed before all their eyes in the great white city? He laughed as he realized that he had time to discover it all; and he laughed to consider the fact that in this new life, this endless life, he was busily trying to discover the minutia because the greatness and vastness was too much for him to consider; yet, at least.

Brian, formerly professor Brian Caldwell of Purdue University, now with a new name he could not comprehend, splashed the perfect water of the perfect fountain into his perfect eyes. And he looked about. He would need new words and he would need new descriptors for all was beyond and above perfect, which was suddenly a poor word indeed.

He cast his eyes across the white walls of the great city. The flawless walls of the city, as he tried to discern stones and minerals, metals and design. It was as if the city had grown up out of the, what, earth? The new, perfect earth? It was seamless; a design with no clumsy handiwork.

He looked across the sea, the endless crystal water that lapped before the celebrants, who splashed and laughed, hugged and wept in joy. He knew faces. He would speak to them. All in good time. How funny was that? In good time! As if time, well, as if time…
The fire of destruction, beyond the far ridge, was smoldering, as if water had been poured over it, as if a chasm were closing. He could not think of that; literally, it seemed the idea was being lifted, gently, surgically from his new mind so that no stain of loss would be there.

There were mountains. And there were fields. His new eyes allowed him to see whatever, and wherever, when he wished. Across horizons and under waters full of beasts too wonderful for comprehension. All wonderful, all breathtaking, all shattering. A place of beauty so hard that nothing less could survive; it would be cut to pieces, crushed, broken by simple proximity.

All of this he took in, spinning and searching, peering and pondering. And then, in a breath, in an instant, in an eternity, his eyes fell on Becky. He did not know why he knew her. And yet, the smile, the eyes (of course), the laughter. But not…the same.
Becky. Why did he know that name? Who was she? Not here, of course, but there. In the other life, in the first life. Brian tried to comprehend what memory meant now. Maybe, memory was only those things that led us here, he thought. Maybe, memory was knowledge uncluttered by sin, by assault. He had watched the judgement and his scientific (admittedly resurrected) mind was opened wide to see the fell strokes against the enemies he had never imagined, even in his own acceptance of faith. Without them, what was memory? What was clarity? Were their neurons in a pre-frontal….his thought was interrupted.

She looked to him and waved him forward. Everything in his being focused now, down, closer, closer into those eyes, that laugh, the limbs, the movement. Becky. Who was she? Here she appeared a queen. An empress.

Arrayed before her were dozens, hundreds who spoke to her and thanked her, who reached to her and touched her fingertips. She held court, on a bright stone beneath a shining tree. She was mercy and grace and love embodied in a new and perfect form, without defect, without….

Becky! Becky in the wheelchair. Becky, her body twisted to the left. Her mouth a sincere but sardonic parody of drooling smiles, her words twisted in her throat, her right arm withered, her legs spastic, her hair cut short for simplicity. Her skin pale, for she lacked the strength to run in the sunlight. He remembered now. Ah, Becky. Daughter of his friend, his fellow scientist. Marion, a physicist like himself, cared for her daughter meticulously. Becky met him one day as Marion wheeled her through the halls, and her laughter squealed and echoed as she looked from room to room. When she looked into Dr. Caldwell’s lab, she said ‘stop! I wwwaannt too ggggooo hheeere.’ She instantly cared for him.

Marion would bring the stricken child to work, from the time she was small and forever. And every time, she would struggle to speak and would say ‘take…me…to…dddd doctor, brian. ‘ And he would bend down to speak to her. She would reach out, carefully, spasmodically and touch his hand and pull him down to her for a kiss on the cheek.

Brian, who thought it charming and pitiful, was kind and gave her balloons as a child and flowers when she was older. Brian, the great researcher, the great and lonely skeptic. to whom Becky would say, clumsily, and with uncontrolled saliva on her lips, ‘I pray for you. I love you!’

He would nod and say ‘thank you dear, I pray for you too,’ and he lied for he was not a believer. And Becky would say, teasing, ‘don’t lie tooo, tooo me. You’ll, you’ll see.’

She sent him poems that she composed on her computer, and they were simple, but radiated love. She was not Shakespeare. She was better, perhaps. No decoding was necessary to translate her joy. She prayed, she said, all the time.

Once, when her mother had a sudden meeting and Beck was visiting, Brian took her to lunch. He helped her eat and wiped her face, her hands too spastic to do it all. But she said grace. It was long. And beautiful and she lifted up so many names. His own included. That was the day, that was the night, when the aging, lonely researcher turned to the King in the quiet of the monastic cell he called an apartment.

When Becky died, soon after, Brian was 60 and still alone, and she was 40 in the old life. He sat in his office and wept, and wept, the lonely man grieving his Platonic, unexpected lover.

But there beneath the tree, between the walls and the sea, it struck him with nearly the force of his own reawakening. The life they had was the courtship. Here the were together somehow, in a way more real than any marriage. More real than anything before that merely hinted at this time.

He knew it all. If she had been beautiful, how assailed she would have been. If she had been, then, as she was, now, the enemy would have attacked her most viciously. Or her life would have been an idol of wonder, and how many hours would she have spent praying? How much communion with the Father, Son and Spirit? Hers was a life of pure pursuit; and she had crossed the finish line. ‘And brought captives in HER train,’ he thought, a bit of Bible echoing in his thoughts.

He heard a voice. Musical and ordered, clear and sweet. ‘Do you remember now, my love? Will you come and hold me?’

Dr. Brian Caldwell stood and walked, and ran, as the crowds gathered before her parted, the crowds for whom she in her infirmity had prayed day and night, those touched by her love. He, the man she prayed to be hers, the man she prayed to come to the truth, ran on powerful legs and swept her up. He kissed her and knew, as so many discovered every second, that all the pain was only the path and that nothing was ever as it had seemed.

Brian and Becky, sitting under a tree. She laughed and he sat, awestruck, by her side. It may have been a century. But then, what is time here, he thought?

A chart should tell a story. (My EM News column for March.) 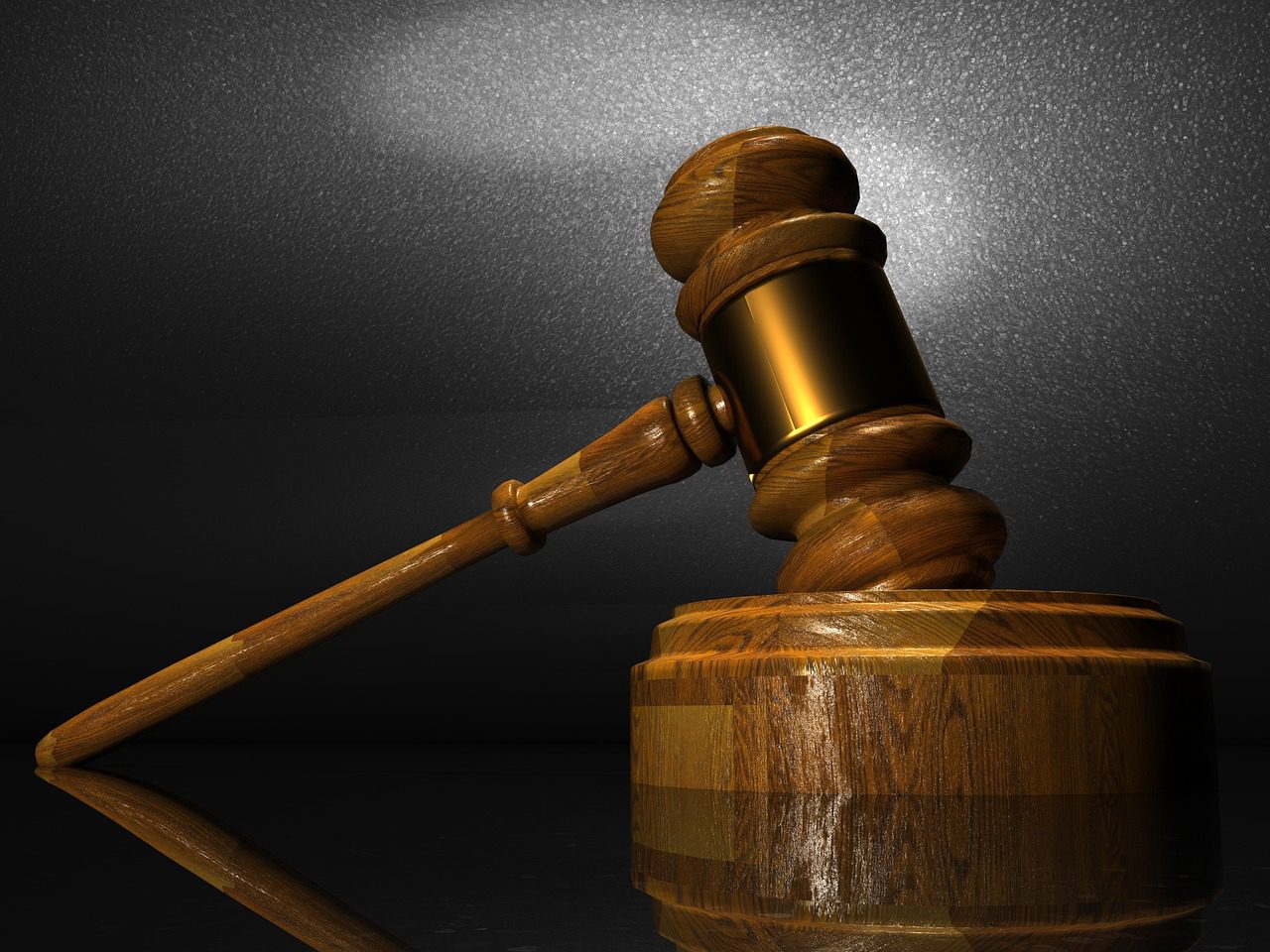 Wait a Minute. Hufflepuff? And my Patronus is…a mole?

Don’t knock it until you read it…. not just another story about Heaven. I honestly tried to read this story 3 times before I could finish it. It was, in a word, breathtaking. The powerful imagery of what Heaven just might be like for those who suffer in secret here on earth, but will be openly rewarded one day for their trust in Christ- is fulfilling. Dr. Leap’s words are like medicine for the soul. I’ve heard so many pastors and theologians try to explain relationships in Heaven. I choose the “Brian and Becky” version. Knowing God’s love for his… Read more »